Who is building an alternative to Goodreads? 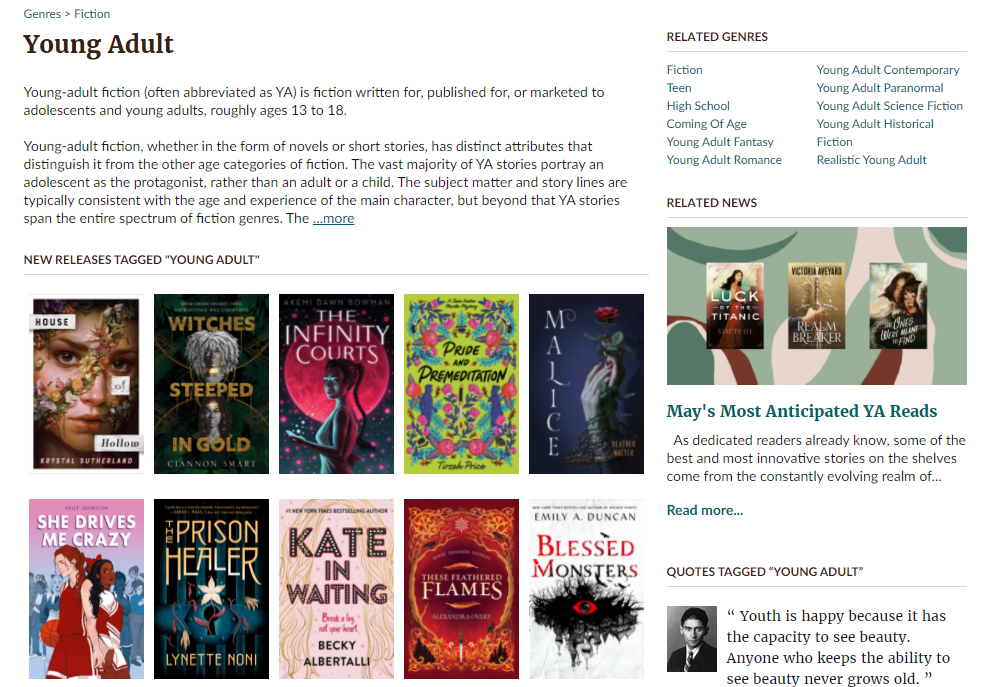 Goodreads is social cataloguing site that allows book readers to find, share and recommend books to one another. Founded in 2007 by Otis Chandler and his English major wife Elizabeth Khuri, Goodreads is essentially a Facebook for bookworms.

In 2013, Amazon wanting a direct line to a dedicated community of book aficionados acquired Goodreads for $150million, a natural acquisition for the original book-retailer. The acquisition was generally boo-ed down by Goodreads’ user base with fears of new changes which would make the site would lose the personalized library feel to it and would solely transform into a funnel to get people to buy books on Amazon.

To Amazon’s credit, Goodreads did not become a portal for Amazon pop-up ads. To Amazon’s discredit, they seemed singularly focused on making sure nothing changed for the Goodreads users.

As is widely complained, the last time Goodreads had a design overhaul was never. The website is still stuck in the web 1.0 era.

The design is not the only problem, just the most obvious one.

The search functionality is limited, the lists are tremendously outdated, the ‘shelves’ are non-intuitive. Goodreads lists and categorizations re limited and mimic a real library and lack any nuance or thought. They still haven’t built a private bookshelf, so there is nowhere for users to store their less ‘display-worthy’ reads or limit visibility to friends only.

The other main challenge is that reviews on Goodreads can no longer be trusted. Such is the monopoly and fatherly connection with Amazon, that Goodreads ratings are obsessively tracked and crucial indicator to a new book’s success. Now there exist many paid services to get favorable reviews on Goodreads.

What is the biggest challenge all the wannabe Goodreads have?

SEO! You can search any book title on google and Goodreads comes up on Page 1 of the search results. Goodreads is a monster at SEO. All their user-generated reviews as well as metadata from books from Amazon is utilized to ensure Goodreads maintains its Page 1 dominance.

Which means no competitor has a real chance of competing on discovery in order to dethrone Goodreads.

Additionally, Goodreads is seamlessly integrated with Kindle, so its incredibly hard to break out of the loop.

So, who have decided to take on the mammoth challenge of developing a Goodreads alternative?

Fable describes itself as the modern way to discover, read and discuss great books together with friends. Founded by Padmasree Warrior (former Cisco CTO and frequent member of top 100 influential women lists), Fable has raised $7.25 million in seed funding.

Fable’s business model is primarily subscription based. For a $70 annual fee, book lovers get access to book titles (which are already in the public domain) which they get to read on Fable’s reader, an advanced recommendation engine and a private social network. Fable has plans to develop a corporate membership program by positioning Fable as a wellness package and get into a B2B model- essentially get into the book clubs of corporates.

Fable has a probably the best shot at disrupting Goodreads. The founder is a technology leader (she was being considered for Twitter’s top job) and is an influencer in her own right (with over 1.5 million followers on Twitter), and most importantly is a book afficionado.

Their book clubs are thoughtfully created and curated – you can read fantasy books that inspired Netflix series, books on inspiring stories, books on leading a happier, connected life. I can actually imagine subscribing to get meatier recommendations, once I am done with the books on my real bookshelf.

Storygraph helps track your reading and recommends books based on your mood and favorite topics and themes.

Founded by software engineer Nadia Odunayo as a side project in 2019, Storygraph’s most distinct feature is slotting of books based on mood types, so one can explore your next book on whether you are looking for an emotional or reflective read. These custom tags serve as a quick filter for the next book, much better than the standard summaries.

Unlike its big brother, ratings do not dominate the site, infact you’d be hard-pressed to locate ratings for each book. It could be just a function of being a small startup at the moment, but so far it looks like worthy competitor.

Readng is a simplified way to track, discover and recommend books to friends. USP? Extremely clean UI with the very valuable option to import your lists from Goodreads.

(It obviously has its issues. The book covers don’t quite seem to match the titles yet)

There are many other apps, who are attacking this problem. Other noteworthy alternatives in the making are Shepherd, Analogue.

Well they have quite a task ahead of them!