What is Basic Attention Token? How does the token award us for watching ads? 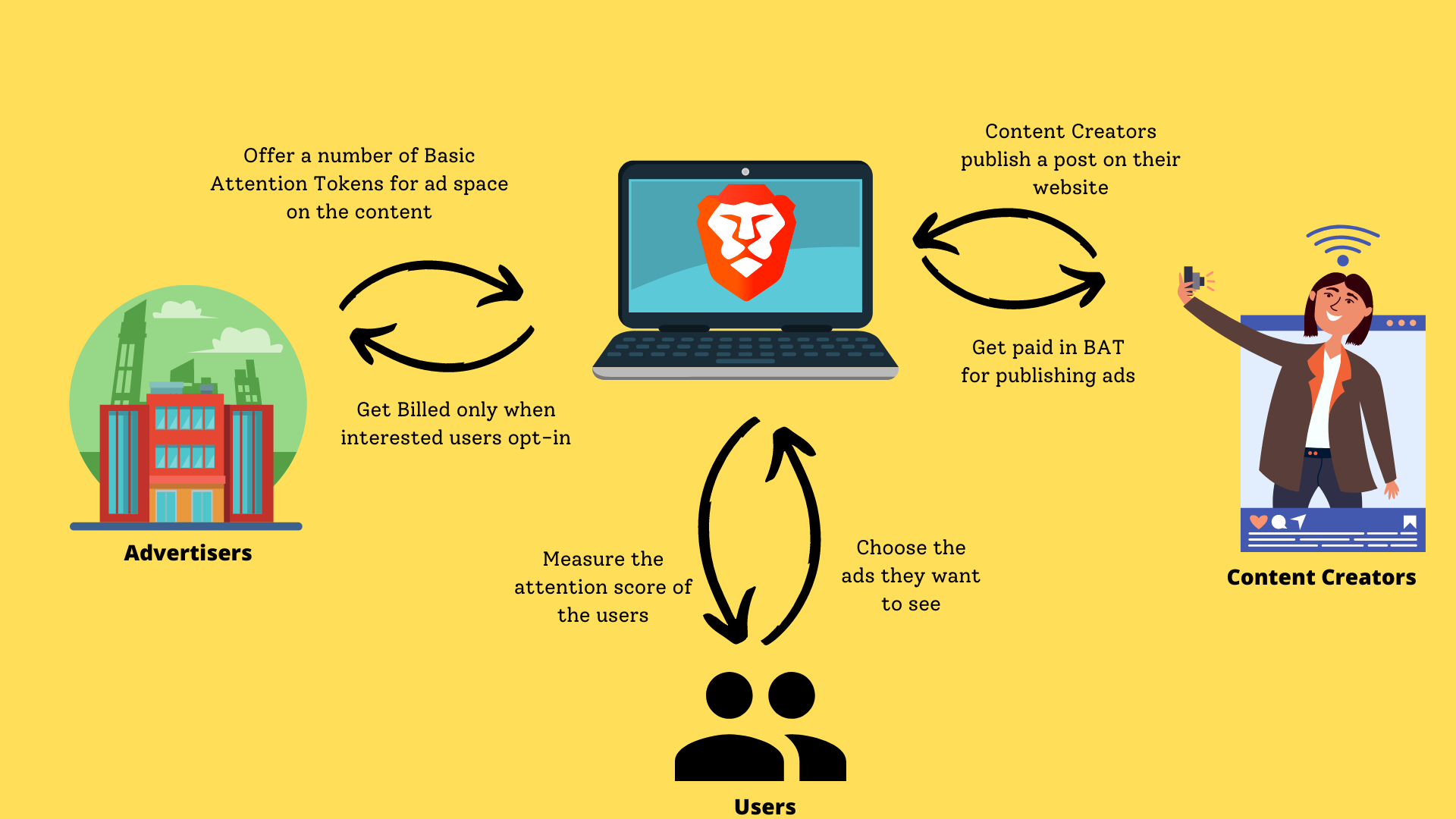 Who are the founders?

Brendan Eich is the semi-controversial former CEO of Mozilla who is credited to having created the JavaScript programming language. After being pushed out of his job at Mozilla, Brendan started the Brave, a brower dedicated to protecting user privacy with the co-founder and former CTO of Khan Academy. In 2017, the duo created a token awards coin called Basic Attention Token (‘BAT’) – And raised $35 million in 30 seconds from the BAT ICO. With an additional $42m dollars of venture capital in its kitty, Brave launched BAT or Basic Attention Token as a means to furthering to hand back users the control of their data and put an end to online survelillance.

What is the problem Basic Attention Token awards and Brave are trying to solve?

As anyone who has even remotely flirted with digital advertising will tell you, it’s a complex and crowded ecosystem out there. There are 100s of intermediaries between you and the users with everyone fighting for an ever-shrinking pie of ad-blocker free attention.

First you have the large gatekeepers like Google and Facebook who will control the majority of the digital marketing budget. Then there are analytics platform, data agregators, data measurement platforms, ad networks – all with their own set of costs.

And after all these transaction costs, it is still challenging to assess the effectiveness of an ad.

As a consumer, it is impossible for us to have control of your data, however much aware and proactive one might be. With opaque cross-party user tracking, data sharing agreements, we are at the receiving end of numerous privacy violations, a bitter pill which we have all collectively decided to turn a blind eye to. In addition we are exposed to a constant dose of sophisticated malvertising, fake ads that trick users into clicking on them and then downloading malicious code.

We are also not fully aware of the costs we pay for privilege of seeing advertisements. According to Business Intelligence, one study found that up to 79% of mobile data transferred during visits to popular publishers was a result of ads.

OK so digital advertising is broken? What is BAT ? And how does BAT help solve this?

But it doesn’t stop there.

The main principle that BAT works on is that users decide whether they want to devote attention to an advertisement and then accordingly get paid for the attention. The entire mechanism is done by leveraging Ethereum smart contracts. BAT is an ERC-20 token that utilizes smart-contracts to confirm user-attention — allowing advertisers to verify both target audience and user-engagement without infringing on privacy.

Advertisers receive a higher return on their investment with willing users actually opting in to watch an ad, and because they do not need to pay middle platforms like Facebook and Google to display their ads.

With users becoming active participants in deciding the quantity and Quality of ads shown to them, they help train and advocate for the kind of ad content they see.

As a Brave user, you can literally select the number of ads you want to see.

Sounds great theoretically, but will it actually work on scale?

As fantastic as getting paid to watch ads sounds, it is likely that any earnings from the platform will diminish as the company scales. And how do you separate between a user clicking on an ad to get paid versus genuine interest in the product? Previous attempts to establish pay per view models in a pre-blockchain world haven’t really succeeded.

Currently the Brave browser offers push notifications for ads. Will the largest companies in the world really ditch the likes of Facebook and Instagram and their various audience segmentation tool and use the BAT token awards for their ads?

BAT clearly has an uphill battle in terms of gaining market share from the Googles and Facebooks. However the strength of the team indicates, Brave probably has the best shot at breaking through this hegemony!

BAT is listed on all major crypto exchanges. Daily Active Users for Brave have been on a constant uptick and is unlikely to slow down. The success of the BAT is pretty much linked to Brave adoption amongst crypto and non-crypto folks which will determine brands’ willingness to experiment with Brave’s ad model. Regardless of whether the advertising model works, concerns about privacy will only rise and a browser that runs faster than Chrome will gain popularity outside of the crypto echelons.

Additionally the brave team has an ambitious roadmap ahead with NFT integration, a decentralized exchange linked to Brave and scaling of Ads platform.

It will be exciting to track their progress!